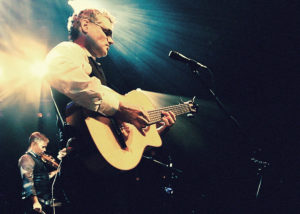 Vancouver, BC, May 8, 2017 — Paul Mercs Concerts is pleased to present the following five concert dates of Jesse Cook’s Beyond Borders Tour 2017:

Jesse will perform music from his upcoming album “Beyond Borders” along with guest artists and instrumentation to be included in this tribute to Jesse’s diverse musical influences.

Jesse Cook is a Canadian guitarist, composer, and producer. Widely considered one of the most influential figures in “nuevo flamenco” music, he incorporates elements of flamenco rumba, jazz & many forms of world music into his work. He is a Juno Award winner, Acoustic Guitar (magazine)’s Player’s Choice Award silver winner in the Flamenco Category, and a three-time winner of the Canadian Smooth Jazz award for Guitarist of the Year. He has recorded on the EMI, E1 Music and Narada labels and has sold over 1.5 million records worldwide.

Cook has recorded nine studio albums, three live DVDs and has traveled the world exploring musical traditions that he has blended into his style of rumba flamenco. In addition to headlining concerts and festivals, he has opened for such legends as B.B. King, Ray Charles and Diana Krall. He has performed with Welsh soprano Charlotte Church on The Tonight Show and toured with legendary Irish band, The Chieftains.

“Guitar virtuoso Jesse Cook is a walking embodiment of the gypsy music he plays: eclectic, energetic, and very exciting. Perhaps that is why he says that his music chose him, and not the other way around. After all, he does seem like the perfect candidate.” – The Star Online

Tickets for Vancouver available at www.ticketmaster.ca, 1-855-985-5000, or in person at all Ticketmaster outlets.

Tickets for Penticton available at www.valleyfirsttix.com, 1-877-763-2849 or in person at Valley First Box Office.

Tickets for Calgary available at www.ticketmaster.ca, 1-855-985-5000, or in person at all Ticketmaster outlets.

Tickets for Edmonton available at www.ticketmaster.ca, 1-855-985-5000, or in person at all Ticketmaster outlets.